Saturday 9th July 2022 - Syria Relief the UK’s leading Syria-focused NGO and its parent charity Action For Humanity has today condemned the failure to renew the Syria cross-border resolution and is calling for global powers to put politics second and people first. The resolution gives a UN mandate for the only remaining aid border crossing into Syria, via Turkey. Failure to renew it will mean there is no UN-approved route to providing humanitarian aid into rebel-held Northwest Syria from neighbouring countries.

​​“We at Syria Relief/Action For Humanity are deeply concerned by yesterday’s decision which threatens the lives of millions inside Syria. We have seen humanitarian needs reach record heights and an already growing hunger crisis which has left 70% of the population without access to reliable food supplies. This resolution is a critical lifeline for millions of Syrians who now face an uncertain future.”

“It has been 11 years since the start of the crisis and the start of our response in the country and violence and unrest still continue. Over 14 million Syrians require assistance to survive. 9 in every 10 children live in poverty and face a daily battle to survive.”

“The numbers of the conflict are shocking, but these are not just numbers. They represent millions of mothers, fathers, sons, daughters, friends and colleagues caught up in a crisis which seems to have no end.”

“This conflict is pushing many Syrian people well beyond the thresholds of desperation and it is the most vulnerable, like children, who are often the victims of this.  The removal of this channel of assistance will have devastating humanitarian impact on the most vulnerable. There are two choices; either reach a decision to allow aid to enter Northern Syria, or settle for an unprecedented humanitarian catastrophe.”

“Time is running out. We implore the Security Council to authorise cross-border assistance to prevent a completely avoidable and unnecessary humanitarian catastrophe.”

Syria Relief (UK registered charity no. 1143797) were founded in 2011 to provide humanitarian aid to victims of the Syrian conflict. They are a subsidiary of the parent charity Action For Humanity (registered charity no. 1154881). Syria Relief/Action For Humanity specialise in providing humanitarian aid and development projects during conflict. Over the last 10 years, Syria Relief have supported over 10 million victims of conflict in Syria, Yemen, Lebanon and Jordan.

Representatives from Syria Relief/Action For Humanity are available for interview, contact Jessica Adams, Head of Communications and Marketing.  Email: jessica.adams@actionforhumanity.org 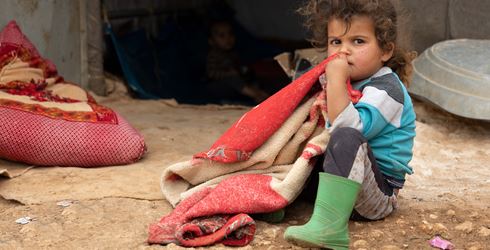 Eid al-Adha is almost upon us. But in Syrian displacement camps, families are preparing for another day of hardship. 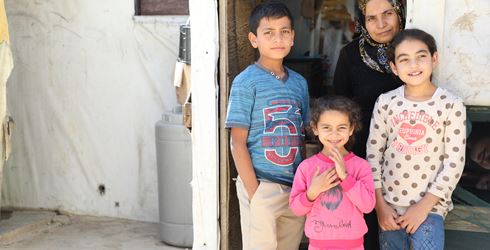 Every person has the right to seek safety – whoever they are, wherever they come from, whenever they are forced to flee. But seeking safety is just the start. 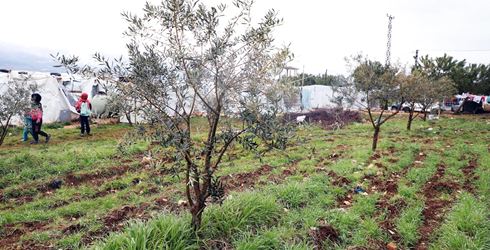