Due to its location in the Middle East, there is a common misconception that Lebanon’s climate is warm all year round. But every winter, the country is hit by extreme weather such as heavy snow and flooding, making life unbearable for refugees living in makeshift camps.

During the winter months, the temperature falls as low as -10 in some parts of Lebanon, a country home to around 1.5 million Syrian refugees. In Bekaa Valley, a mountainous region close to the Syrian border, refugees are at serious risk of freezing to death or contracting illness. Overcrowding and poor sanitation are rife within camps, leading to the rapid spread of infection.

Most refugee shelters are equipped with stoves for cooking and heating; the only source of warmth apart from blankets and clothing. But due to the ongoing economic crisis in the region, the price of fuel has skyrocketed, leaving displaced families unable to heat their tents. With no other alternative, children collect scraps of rubbish from the street to use as fuel, causing a huge risk of respiratory disease.

Each winter, Bekaa Valley is hit by heavy flooding. Water rises by one and a half feet, and with the majority of refugee settlements built on flat land, refugees frequently return to their shelters to find that all of their possessions - and often the shelters themselves -  have been completely destroyed.

Refugee shelters are built from fragile materials such as plywood, fabric and plastic, offering little protection from extreme weather. During heavy snowfall - which is not uncommon due to Lebanon’s mountainous terrain - the fragility of materials leaves shelters highly vulnerable to collapse.

Each winter, there are reports of damaged shelters in Lebanese camps, where roofs have completely fallen through under the weight of the snow. Conditions are particularly bad in Arsal, an area situated on the slopes of the Anti-Lebanon mountains that is home to a large refugee population, where altitudes range from 1,300 to 1,400 metres. The area is exposed to low atmospheric pressure throughout the winter, making it prone to heavy snowfall and freezing temperatures.

Without sufficient supplies of firewood and fuel, families are forced to face the snow with only the blankets and clothes they already own. The biting cold causes huge misery, especially for children, who struggle to stay healthy and warm.

This winter, our emergency team is on the ground helping all those who are affected by the extreme weather. As well as providing cash assistance and winter survival packs, we carry out vital tent maintenance so that all have a warm, durable shelter that provides adequate protection from winter.

Find out more by visiting our Winter Emergency page. 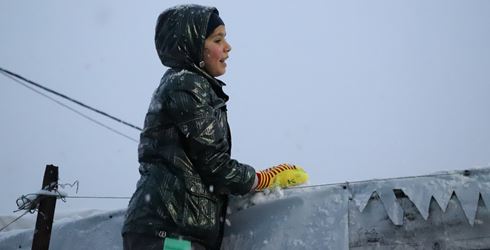 Syria Relief is calling for a reversal of the government's aid cuts so that Syrians have access to the support needed to make it through the severe storms. 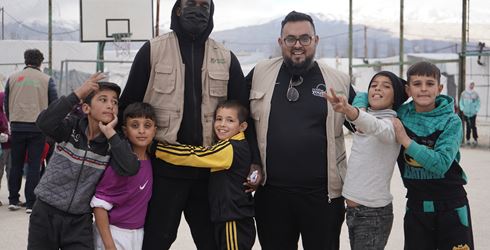 We've been on the Lebanon-Syria border alongside The FA running training sessions and distributing kits and equipment inside refugee camps. 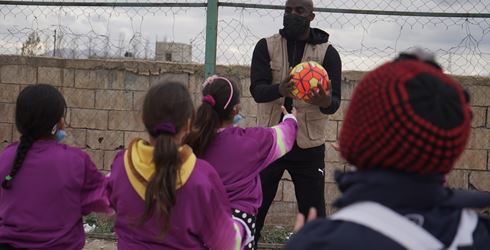