Agencies are warning of a looming humanitarian catastrophe

Aid agencies are warning of a looming humanitarian catastrophe if the UN Security Council fails to renew UN-led cross-border aid assistance to Syria ahead of the July 10th deadline, with access to food assistance for at least 1 million people, as well as COVID-19 vaccinations, critical medical supplies and humanitarian assistance for many more, at stake.

Today, the needs of people across Syria, and most acutely in areas outside of Government control, are at their highest ever levels, growing 20% in the last year alone. This is driven by ongoing fighting, COVID-19 and an economic crisis caused by a decade long conflict.

Despite increasing needs, the Security Council has voted twice over the past 18 months to restrict humanitarian access to the country, leaving just one crossing for life-saving  UN assistance to reach millions of people in North West Syria and completely cutting off UN cross-border assistance to the North East, with dire consequences.

In the North West, there are 2.8 million people in need of humanitarian assistance that can only be reached cross-border. The majority are women and children, many of whom have been displaced multiple times, as ongoing cycles of fighting have left no reprieve. These families are at breaking point.

Ten years into the conflict, Syrians are contending with record levels of food insecurity and economic hardship, forcing families to resort to negative coping mechanisms, such as child marriage and harmful labor to survive. Now, they face the added risk of COVID-19, which continues to spread at an alarming rate while the healthcare infrastructure, decimated by years of conflict, remains woefully inadequate to respond.

In 2020, UN cross-border assistance from Turkey authorized by the Security Council reached unprecedented levels in response to the escalating needs in the North West of the country. 10,000 trucks carrying life saving supplies crossed through the last remaining crossing authorized by the UN Security Council, Bab al Hawa in 2020. Coupled with UN funding of humanitarian programmes, this allowed humanitarian actors to reach over 2.4 million people in need a month, including food for 1.7 million people, nutrition assistance for 85,000, and education for 78,000 children.

NGOs are warning that new analysis shows the provision of food supplies would be impossible to replace at the scale offered by the UN. The World Food Programme provides 1.3 million Syrians with food baskets each month cross-border. These supplies would run out by September 2021 if the cross-border resolution is not renewed. NGOs estimate they only have capacity to scale up to meet the needs of 300,000 people, leaving at least 1 million without food assistance if the Security Council fails to support a renewal.

A failure to renew the resolution would also halt in its tracks the UN-led COVID-19 vaccination campaign for people living in North West Syria, where there have been at least 22,641 confirmed cases and 665 reported deaths, amid a spike in infection rates in the last month. The actual number of COVID-19 cases is likely higher due to low testing capacities.

Northwest Syria received its first batch of coronavirus vaccinations through the Bab al Hawa border crossing last month, but the continuation of the vaccination campaign, led by WHO and UNICEF, is contingent on a Security Council renewal, and isn't expected to be anywhere near complete until at least 2022.

NGOs warn that reliance on just one crossing point to the North West, following the removal of Bab al Salam by the Security Council in July last year, also puts ongoing aid access and a successful COVID-19 vaccination campaign at risk. Despite a ceasefire agreed in March 2020, just three months ago the Bab al Hawa crossing came under attack, causing damage to NGO warehouses and humanitarian supplies. Ongoing violence could cut off the only remaining access to food, vaccinations, and other critical supplies for people in North West Syria.

NGOs point to the fall out of the Council’s decision in January 2020 to restrict the UN’s access to North East Syria through Al Yarubiyah as an important lesson of the fatal consequences such decisions have. The healthcare sector in the region suffered the biggest blow at a time when the COVID-19 pandemic began to spread across the globe.

Since Al Yarubiyah’s closure to the UN, only a handful of medical shipments have made it to the region through alternative routes, with health facilities consequently facing stock-outs of special medicines, such as insulin and resources needed to tackle COVID-19 such as PPE and ventilators. In Al Hol camp, NGOs have reported that approximately 30% of patients with chronic diseases cannot be covered through the medication available in the camp. An upsurge of COVID-19 cases in recent weeks is only set to make the situation worse.

NGOs are calling on the Security Council to reauthorize the cross-border resolution for another 12 months, and urgently look at reinstating the closed crossings, Bab al Salam in the North West and Al Yarubiyah in the North East, to ensure Syrians in need, wherever they are, can access lifesaving aid and humanitarian actors are able to respond effectively to the COVID-19 pandemic.

Inger Ashing, CEO of Save the Children International said:

“After ten years of conflict and displacement and now COVID-19 driving an economic crisis, an unprecedented number of children in Syria are battling hunger and malnutrition. Parents are left with no choice but to cut out meals and fresh food such as meat, fruit and vegetables. Children we speak to in North West Syria tell us they have not had an apple, an orange, or a banana for at least three months.

“The thought that the little these families are relying on to survive could be taken away is unconscionable. The Security Council has a moral obligation to ensure aid continues to reach those in need wherever they are in Syria, and not put politics above the lives of people as we have seen happen too often in the past. A failure to renew cross-border assistance is an abject acceptance of human suffering and entirely avoidable loss of life.”

“Humanitarian realities on the ground should drive Security Council action on the UN cross-border response in Syria. The humanitarian case for cross-border assistance is even more valid today when 13.4 million Syrians are in need – a 20% increase since 2014. Syrians are worse off by nearly every measure than at almost any other point in the past decade. The needs are most significant in areas outside of government control – 81% of people in the northwest and 69% in the northeast are in need of aid. Malnutrition in children under 5 is skyrocketing.

These realities demand more aid and humanitarian access via all mechanisms.  We look to the Security Council to ensure that this vital cross-border lifeline is extended. The authorization of Bab al-Hawa, Bab al-Salam, and Yaroubiya for 12 months would help ensure aid - including food assistance - reaches Syrians experiencing the most acute needs via the most direct routes.

Rahma Worldwide for Aid and Development

The Syrian Center for Media and Freedom of Expression (SCM)

Violet Organization for Relief and Development

Life for Relief and Development

Agencies are warning of a looming humanitarian catastrophe https://syriarelief.org.uk/news/2021/06/aid-agencies-are-warning-of-a-looming-humanitarian-catastrophe-if-the-un-security-council 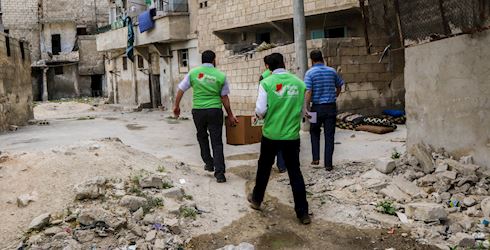 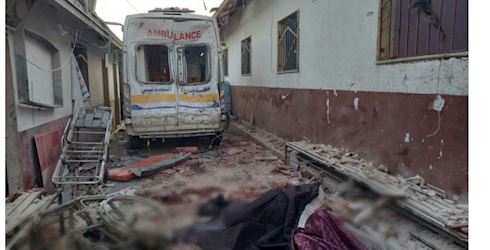 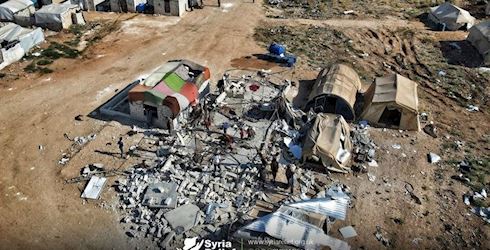 Al-Abrar school destroyed by artillery shelling. Syria Relief operate 306 schools inside Syria, making them the largest non-governmental provider of education in the country.