Over 2.4 million children are out of school in Syria, nearly 40% of whom are girls. Covid-19 has further increased these shocking numbers. As a result of 10 years of violence, 40% of schools inside Syria have been damaged, destroyed or repurposed. The education system has been brutalised, broken and forgotten. Millions of children are out of school in Syria, starving a country that desperately needs rebuilding of vital human capital.

Education is the first line of defence to stop children from falling into detrimental traps, such as child labour, sexual abuse, early marriage and child recruitment to military actors. The deliberate targeting of schools has exacerbated these issues.

Education represents the main lifeline for affected populations, both in restoring normality and in building hope for the future. Education restores community resilience, normality and routine for children and their families in post-conflict. Without immediate protection and restoration of education in post-conflict settings, years of effort of building and restoring an educational system will be lost in a matter of months. Education should therefore be an essential component of any emergency response.

Last year we marked the 9th anniversary of the conflict by releasing ‘9 Years Of Schools On The Front Line: The Impact of Airstrikes on Syria’s Schools’. The report stated that illiteracy was on the rise in areas like Idlib, where schools were on the front line and were frequently targeted by airstrikes. This meant that many children did not attend school out of fear, or schools were forced to cease operation. NGOs and education providers were forced to use resources to remedy symptoms of the conflict, as opposed to focusing solely on the provision of quality education. Since then the world has been confronted by COVID-19 which has exacerbated an already desperate education problem. Further schools have been forced to close. With education in Syria significantly underfunded, COVID causing closures, and ongoing violence, millions are relying on NGOs to support their children’s right to learn.

We are proud to be running hundreds of schools across Syria supporting over 40,000 children. We are the largest non-governmental provider of education in Syria. With the support of our partner organisations and donors we are able to manage schools, train teachers, refurbish and restore buildings, set up mobile teacher initiatives, and provide psychological support to students.

While the war continues into its 10th brutal year, we are heavily invested in securing the educational future of Syria’s children. We are also asking for military actors to not target or damage schools and we are asking the international community to help support every child's right to learn. Our ambition is to set up more schools across Syria, opening the doors of education to hundreds of new students. For that ambition to become a reality, we need your support. Head to our education page to find out more. 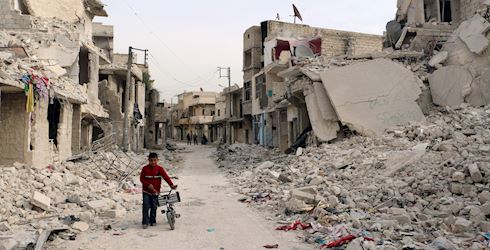 This month we mark the 10th anniversary of the devastating Syrian Conflict. 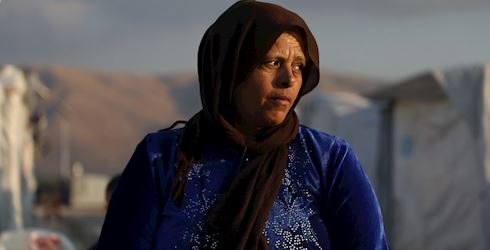 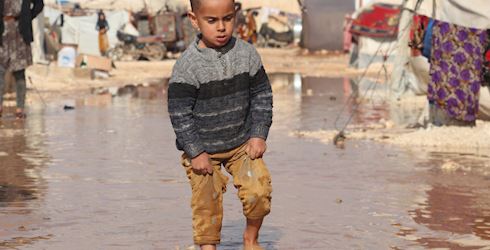