2020 has been a tough year for everyone, most of all the people of Syria

No sooner had I written Syria Relief’s New Year Message for 2020 when Syria Relief was struck by tragedy and inhumanity. On Wednesday, January 1st at 11:40 local time, cluster bombs hit one of the schools that Syria Relief operates in the town of Sarmin, Idlib. 9 people were killed, 5 of whom were children. The youngest victims being just 6-years-old.

For the first quarter of the year we were having to deal with the spiralling casualties and humanitarian needs resulting from the intensification of fighting in Idlib. No sooner had the bloodshed in Idlib begun to stabilise in March, when the world was rocked by the spread of COVID-19. As the largest non-governmental provider of education in Syria and as an organisation who operates so heavily in medical facilities and refugee and IDP camps, it provided Syria Relief with extra challenges.

The humanitarian crisis in Syria, which was caused by the conflict and worsened by COVID-19, has been further exacerbated by the economic crisis which has hit Syria and now another harsh winter. Last month the UN has warned that an extra 2 million Syrians are now in acute humanitarian need, making the total now 13 million. 90% of Syria are estimated to live below the poverty line. Crucial civilian infrastructure such as schools, water supply systems, health facilities, and housing infrastructure remains damaged and destroyed. The rate of household indebtedness is growing whilst employment opportunities are shrinking. The cost of goods is increasing whilst household incomes are decreasing. To cope people are being forced to engage in harmful coping mechanisms, like selling household assets, reducing food consumption, child labour and early marriage.

Whilst only a section of Syrian is currently experiencing fighting, almost every Syrian is engaged in a daily fight for survival.

Elsewhere we have seen the war in Yemen continue to destroy lives. Whilst the rest of the world tackles the COVID-19, the biggest health crisis in Yemen is starvation. Lebanon, already in the middle of economic catastrophe and political instability, was rocked by the August 4th explosion, killing hundreds, injuring thousands and traumatising a nation.

Throughout these tragedies and challenges, Syria Relief has responded and we’ve responded better than ever. In Syria, we’ve given access to clean, hygienic water to over 330,000 people. We’ve fed over 64,000 people, we’ve provided life-saving NFI kits to 165,000 people, we’ve provided education to 105,000 children and medical care to 300,000 people. In Yemen and Lebanon we’ve grown our presence there and responded to their tragedies with the same expertise as we do in Syria. Millions of vulnerable people made it through 2020 thanks to our work and the work of NGOs like us.

But be in no doubt, that 2021 will have its obstacles, it might even be a tougher year than 2020. However, Syria Relief has grown bigger and it has grown stronger. We’ve become more resilient and we have another 12 months’ worth of expertise under our belt. I am certain that with the support  and passion of our donors and staff, we will continue to be even more effective at responding to these challenges and providing life-saving aid to some of the world’s most vulnerable people.

Whatever 2021 has in store, Syria Relief is ready. 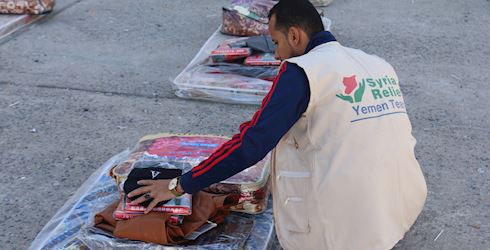 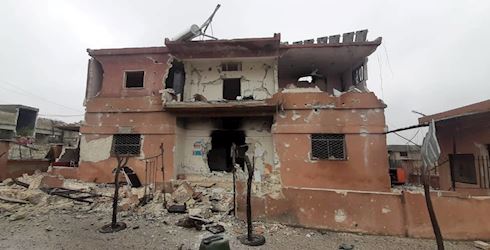 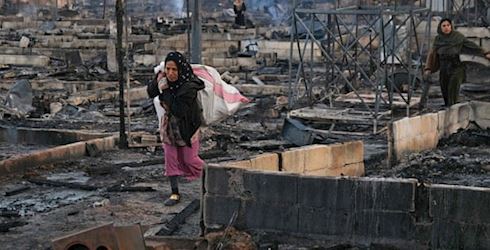