By Charles Lawley, Head of Advocacy and Public Relations

This week, Syria Relief along with our partners in Hurras Network, Orange, Takaful al-Sham and Violet have been advocating to government-level donors about the importance of education in Syria. Between our 5 organisations, we make up for 60% of all formal education in northwest Syria.

The education situation in Syria is dire:

Often, in emergency situations, like we have seen countless times throughout the 9-year Syrian conflict education is not always prioritised in humanitarian responses. Rightly so, aid efforts concentrate on interventions like food, shelter, water and healthcare.  Education however is seen more of a developmental aspect to humanitarianism than an emergency aid, however we disagree.

Education is the first line of defence to stop children from falling into some seriously detrimental traps, such as child labour, sexual abuse, early marriage and child recruitment to military actors. The deliberate targeting of schools, which has seen over a third of the schools damaged, only exacerbates these issues.

Education represents the main lifeline for affected populations, both in restoring normality and in building hope for the future. Education restores community resilience, normality and routine for children and their families in post-conflict. Without immediate protection and restoration of education in post-conflict settings, years of effort of building/restoring an educational system will be lost in a matter of months. Education should therefore be an essential component of any emergency response.

However, we should not ignore the developmental benefits, a nation’s future is only as bright as the potential of the next generation. Millions of children are out of school in Syria, starving a country that desperately needs rebuilding of vital human capital.

As the biggest non-governmental provider of education in Syria, Syria Relief is giving tens of thousands of children the chance of a better future. In 2019 alone Syria Relief:

But there are millions of children who need help from Syria Relief, donate now https://syriarelief.org.uk/donate/ 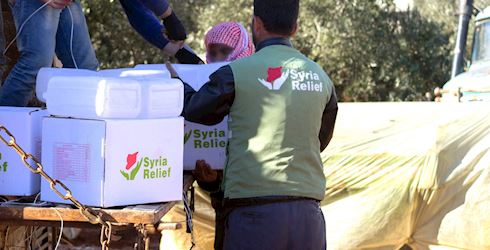 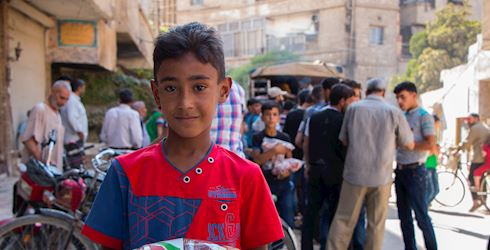 For the thousands of families living in besieged areas and inadequate camps, assess to meat is near non-existent. Find out how you can give Qurbani.