Last Thursday, as I was stood at my front door applauding the fabulous work of key workers in the UK, such as NHS staff, I couldn’t help but think that we treat our medical professionals in the UK a lot differently to how they are treated in Syria. My mind is drawn to a tweet in August from Charles Lister of the Middle East Institute where, after an airstrike on a SAMS medical facility in Marat Humah killed an ambulance driver and a paramedic, minutes later a second attack on the same site killed a Syrian Civil Defence volunteer who had arrived to help rescue people affected. Lister wrote “This is called a “double tap.” It’s designed **specifically** to target rescue workers.

In an online discussion hosted by Caabu (Council of Arab and British Understanding), Mazen Gharibah and Zaki Mehchy from the LSE highlighted that in Idlib, for a population of 3.5million people there are just:

There have been only 600 COVID-19 testing kits delivered to North West Syria, so far, and in the North East, there has not been a single testing kit delivered. Due to the deliberate targeting of hospitals, the healthcare system in Northern Syria has already collapsed – they cannot possibly cope with a Coronavirus outbreak. Internationally we have seen that 5% of Coronavirus cases require critical care. If Idlib gets just 350 cases of Coronavirus (which would represent 0.01% of the population contracting the virus) they would be unable to cope.

Throughout the country there has officially been 19 cases reported, 2 deaths and 2 recoveries. However due to a combination of lack of testing and lack transparency, the number is believed to be much higher. Due to the politics and impact of the conflict, the response differs greatly by province and who controls it. As both Ghraibah and Mehchy state in their paper COVID-19 pandemic: Syria’s response and healthcare capacity.

“Northwest Syria and Northeast Syria have a particular vulnerability owing to the large internally-displaced populations and lack of adequate healthcare facilities. However, civil society organisations and local initiatives are better placed in these areas to implement community-based response plans…”

The Coronavirus will finally finish off the parts of the Idlib healthcare system that the deliberate airstrikes and shelling of hospitals and healthcare facilities didn’t get. People in Northern Syria are reliant on NGOs like Syria Relief for healthcare – even though we have had a number of our healthcare facilities damaged and destroyed by the violence. Despite the violence, last year alone, 177,664 people benefited from our 8 static health facilities and 6,771 people benefitted from our 4 mobile health facilities. We also managed to vaccinate 15,900 children and give 48,882 nutritional support.

Syria Relief is operating a campaign to help the people in Northern Syria and Syrian refugees who are the most vulnerable in the world to this outbreak. We urgently need you to donate to help prevent and treat the devastating impact of COVID-19 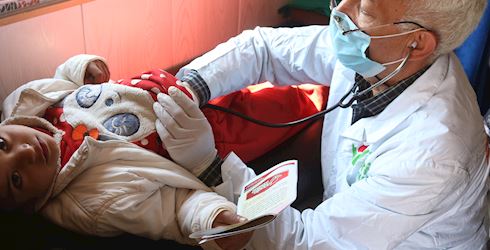 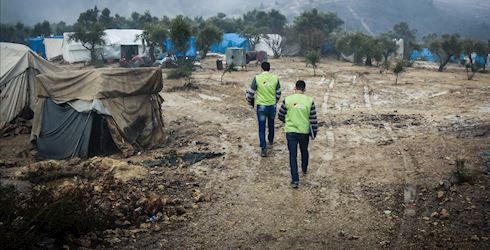 NGOs are treating the humanitarian symptoms of a political crisis. The latest conference is a chance for big decisions to be made, writes Othman Moqbel 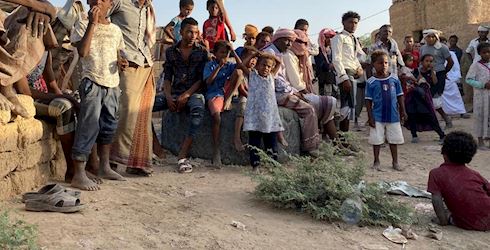 Eid-al-Adha is almost upon us! It is the time of year when Muslims across the world remember the story of the Prophet Ibrahim (AS). Give Qurbani where it is needed most this Eid ul-Adha!