By Charles Lawley, Head of Advocacy at Syria Relief

“The first sentence of the government’s vision for a post-Brexit “Global Britain” states: “The UK has always taken a leading role in responding to global challenges”. It adds “Global Britain is about reinvesting in our relationships, championing the rules-based international order and demonstrating that the UK is open, outward-looking and confident on the world stage.” Well Idlib is the first big moral challenge for “Global Britain” and, thus far, we have come up drastically short.

A recent image tweeted by Charles Lister, an analyst with the Middle East Institute, showed a rocket designed to carry cluster bombs in a nursery school. But this is the new normal in Syria’s Idlib. In the same day 10 schools and a hospital were bombed, according to the Union of Medical Care and Relief Organisations (UOSSM). Since the Idlib campaign began, thousands have been killed, millions have been displaced, many have been displaced multiple times. The victims are disproportionately women and children.

As Syria Relief’s chief executive Othman Moqbel wrote for The Independent last month: “People who only see the conflict on the news can be forgiven for mistaking the soaring civilian death toll as collateral damage – lives taken by accident. In reality, it has become increasingly clear that… civilians are the target.” As innocent people are being routinely murdered and as millions are in desperate need of humanitarian aid questions must be asked of how sincere the government is to the “Global Britain” vision.

The West is currently without any moral leadership on this issue. Despite Democrats deriding Trump’s “America First” ideology, they are all following it to the letter. Prior to Pete Buttigieg’s decision to bow out of the race for the White House, he was the only leading Democratic candidate to speak up over Idlib. The remaining candidates, Joe Biden, Bernie Sanders et al, have been silent.

The US is becoming so insular that to even talk about foreign entanglements is politically toxic, thus the humanitarian catastrophe in Idlib is being ignored. If anything, the lack of scrutiny from Washington due to it being an election year, is exacerbating the suffering, by allowing actors in the conflict who are committing alleged war crimes to act with further impunity from the West. The UK should be filling the moral void left by the US.

Meanwhile, despite months of innocent people being slaughtered, the EU has been mostly silent. It took Turkey’s declaration that they will be no longer stopping refugees entering Europe, for them to finally call an emergency meeting on Syria. It is meetings like this and the summit in Istanbul that Turkey is trying to arrange with Russia, France and Germany on Tursday that are important. The UK should be trying to muscle in on and take a leading roll to ensure that all actors in this conflict reach a desperately needed ceasefire, along the previously agreed 2018 lines (as a ceasefire on the current lines will leave one million people without a home).

While there are NGOs, like Syria Relief, who have the capacity to deliver the shelter, food and medical care that is desperately needed in Idlib, the funds are drying up. Moral leadership from the UK would mean this government needing to ensure a huge surge of aid money is directed to northwestern Syria, where it is vital.

There have been a number of UN wranglings over border crossings to deliver aid. Last month four border crossings were up for renewal (two on the border of Turkey and northwestern Syria, one on the border of Iraq in northeastern Syria and another on Syria’s southern border with Jordan). The NGO community were largely supportive of Germany and Belgium’s proposal for keeping the Turkish and Iraqi crossings open. However, veto-wielding Russia wanted only the two Turkish crossings open. Russia won out and the two crossings were extended for only a six-month period, meaning they will be up for renewal (and face a possibly of all crossings closing) in the summer. This short-termism seriously hampers aid efforts to deliver sustainable projects. The government needs to push for 12-month renewals and work to ensure Russia does not use its veto to again hamper aid efforts in order for the Syrian people most in need have a small sense of stability.

Finally, if the new “Global Britain” is to “champion the rules-based international order” then Idlib offers our biggest challenge yet. When people hear for the first time of the deliberate targeting of schools, hospitals and families, they say “this should be illegal!” It is very illegal. Actors in this conflict and there have been allegations of international law being broken. Something that has been denied by those involved in the bombing.

If the UK is true to its stated belief in rules-based international order, then we must ensure those who have committed any crimes against humanity are prosecuted, otherwise the message being sent is that institutions like the Geneva Convention are just for show.” 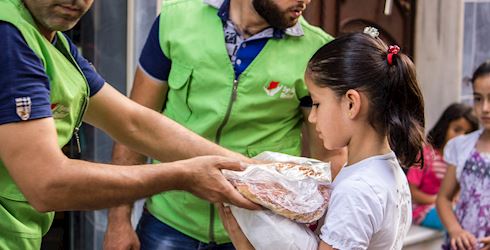 Have faith in Allah this Ramadan by giving generously. Have faith in the Syrian people, that they will make it through these dark times. And have faith in Syria Relief. 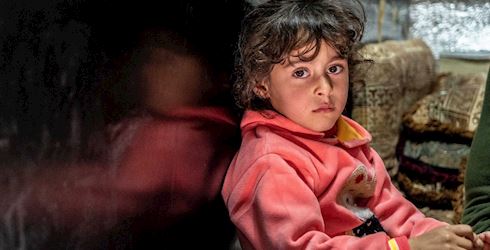 After 9 years of brutal conflict, the people of Syria have lost everything: their families, their homes, their schools, their hospitals & their hope. All they have left is their faith. 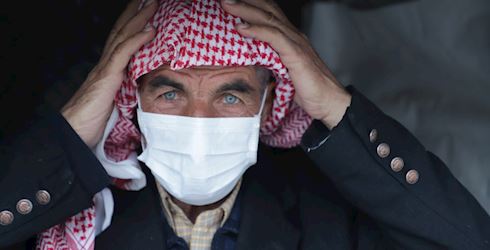 As I was stood applauding the work of key workers in the UK, such as NHS staff, I couldn’t help but think that we treat our medical workerin the UK very differently to how they're treated in Syria.