Look, we know a lot of you feel very strongly about seeing Tracy Brabin’s shoulder in Parliament, Vegan Sausage Rolls and Megxit, and we respect that, but we think your rage would be better directed elsewhere.

The province of Idlib in Syria is currently home to 3 million people and it is in the midst of a humanitarian catastrophe. Since December 1st 2019, over 600,000 people have fled their homes and over 300 people have been killed. The victims are disproportionately women and children as hospitals, schools and civilian infrastructure are being hit. Isn’t that more worthy of your anger?

The frontline of this conflict is fast approaching the densely populated Idlib city, where hundreds of thousands of people will have to avoid the death and destruction that will rain down upon them.

The people of Idlib are desperately in need of food, shelter, water, medical care and essential items due to the warzone economy making these basics completely unaffordable for most people in Idlib. Many of these people have been displaced by the fighting multiple times already.

Syria Relief operates 162 schools across Northern Syria and we have had 6 of our schools hit by airstrikes in as many months. The most recent one was on January 1st, a ballistic missile with a cluster warhead hit our school in Sarmin, Idlib at 11:45am (when school was in session) and killed 12 people, 5 of whom were children aged between 6 and 13. Doesn’t that make you mad? The young victim was a 6-year-old boy. This war has been going on for nearly 9 years. This child knew of no life before this conflict and now he will know of no life after it. He was a little boy, at school, excited to play with his friends at the end of the lesson, preparing for his future. And then a missile took his future away. Do you think that is acceptable?

We believe that, at this rate, Idlib will be the worst humanitarian crisis since World War II, thousands will suffer and die, and nothing is being done to prevent it. Aren’t you furious? So we’re asking you to write to your MP, talk about it on social media, do anything, but whatever you do, please, get angry about Idlib. 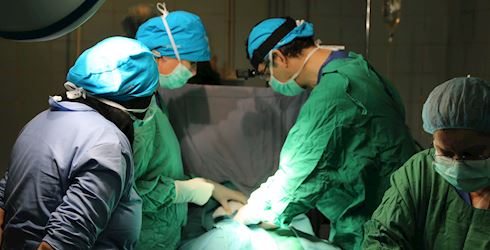 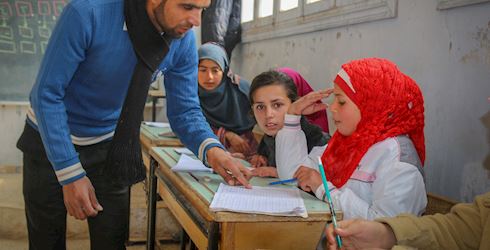 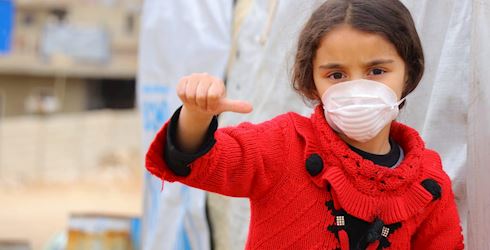 The recent arrival of COVID-19 in Syria will be catastrophic for a country already broken by almost a decade of conflict.